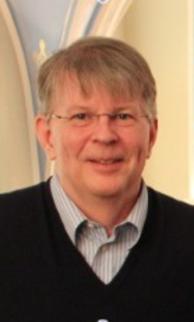 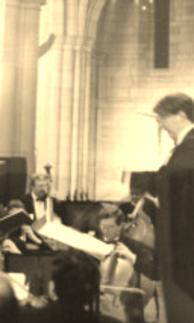 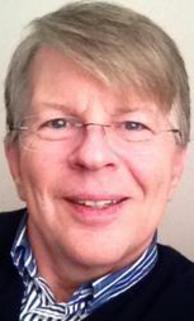 "An exquisite collection... a scholarly approach."

"A weekend of choral history... A connoisseur program, the pick of the 16th century presented in meticulous style."

"World-class... a most exciting cultural event... a superb musical offering."

Called the creator of "what can be only described as the perfect vocal ensemble" by the Australian arts critic Geoff Harding, John Webber enjoys an active and diverse career as a conductor of choruses of all levels and experiences, of both amateur and professional vocal and instrumental ensembles, as an educator, composer, organist and church musician. He was appointed Director of Cathedral Music Ministries at the Cathedral Church of The Sacred Heart in San Angelo, Texas in November 2017. His choirs consistently receive the highest praise, and have been selected on different occasions to be the invited choir for such occasions as the St Patrick's Cathedral centenary celebrations in Toowoomba, the Annual trade service in St John's Cathedral Brisbane and various State Government receptions. He has collaborated with the National Youth Choir of Great Britain, debuting his professional vocal ensemble Vox Australia with them, in the Brisbane Youth Choral Festival.

John Webber has conducted in Australia, New Zealand, in the midwest and southern United States. These have included performances in most of the cathedrals in the state of Queensland, the concert hall of the Queensland Performing Arts Complex in collaboration with the National Youth Choir of Great Britain, Mayne Hall, the University of Queensland, the opera theatre of the Queensland Conservatorium of Music, Griffith University, the theatre of Griffith University, Carseldine, and the Anglican cathedral of Auckland. He has led performances of a number of works for chorus and orchestra, including all the major choruses from Messiah, Vivaldi’s Gloria and Magnificat, Rutter’s Magnificat and Requiem, Handel's Ode to St Cecilia's Day and Zadok the Priest, a Buxtehude Magnificat, a Boyce Cantata, and Lully’s Te Deum.

While still in Australia he formed Vox Australia, latter to become “The Company of Voices” a professional chamber choir that achieved critical acclaim through performance and recording. Opera Australasia stated that The Company of Voices performed in "a weekend of choral history... a connoisseur program, the pick of the 16th century presented in meticulous style"

All videos and sound files on this site have been created by me.
I am the conductor, music director and organist in all cases.